The 2010 Rolls-Royce Ghost is the latest model to come from this storied manufacturer, and it’s positioned as the brand’s entry-level vehicle. At a quarter-million dollars worth of starting price, that’s quite a misnomer. But considering its Phantom sibling will set you back $380,000 and its namesake forebears — the 1906-’26 Silver Ghosts  are typically valued in the millions, perhaps the new Ghost is a relative bargain.

The 2010 Ghost is all but guaranteed to embody class-leading performance and comfort. True, it is based on a BMW 760Li (BMW owns Rolls-Royce), but Rolls says the Ghost only shares about 20 percent of its construction with the big BMW. Rolls-Royce is also quick to point out that everything you see and touch is all-new and exclusive to the brand. As with all Rolls-Royce vehicles, the new Ghost surrounds occupants in top-notch luxury and unmistakable style. Attention to detail and craftsmanship border on the obsessive.

Back in the old days, Rolls-Royce didn’t quote engine output but rather stated that it was “sufficient.” Under the Ghost’s long hood lies a larger version of BMW’s new twin-turbo V12. This potent yet silky-smooth power plant produces a “sufficient” 563 horsepower and 575 pound-feet of torque. Equally impressive is the fact that all of that torque is available at only 1,500 rpm, which makes this substantial automobile feel light on its tires. An eight-speed automatic transmission — also sourced from BMW — provides quick, smooth and nearly imperceptible gearchanges.

Though it will be Rolls-Royce’s volume leader, the Ghost will still be a relatively rare sight. The company bills the Ghost as a Rolls-Royce that’s ideal for daily driver duty, whereas the massive Phantom is more a car for special occasions or one to be chauffeured around in. To put it into terms its clientele will readily relate to, think of the Ghost as the power suit to the Phantom’s tuxedo. Overall we’re quite impressed, finding it more desirable than a Maybach 57 and a keen alternative to the older Bentley Continental Flying Spur. However, we wonder if it’s really worth the added cost over a Mercedes-Benz S600 or Jaguar XJL Supersport. Still, for shoppers with the financial means, the 2010 Rolls-Royce Ghost is an intriguing choice.

Options are seemingly limited by the buyer’s imagination and finances, as one may choose such items as finely crafted wooden drop-down picnic tables, twin rear DVD monitors (with a six-disc changer) and individual “lounge” seating for the rear compartment complete with massaging seats and a cooler between the seats. The Driver’s Assistance Systems package adds lane departure warning, automatic high beams, a head-up display and a night-vision camera. Although a dozen exterior colors, along with a choice of eight leather and five wood trims will be offered as standard fare, those seeking more exclusivity will be able to customize their Ghost any way they see fit through the company’s bespoke program.

2010 Highlights
The 2010 Rolls-Royce Ghost is all-new and serves as the brand’s new entry-level model.
Performance & mpg
All Ghosts come with a turbine-smooth 6.6-liter twin-turbo V12 that produces 563 hp and 575 lb-ft of torque. Power is sent to the rear wheels through an eight-speed automatic transmission. Rolls-Royce quotes the 0-60-mph sprint as taking less than 5 seconds, while top speed is electronically limited to 155 mph.

Driving
The 2010 Rolls-Royce Ghost’s twin-turbo V12 is exceptionally smooth and silent. The benign first bit of throttle travel makes for smooth, lurch-free takeoffs, but lean into it and you unleash a smooth, steady, turbinelike thrust that continues to swell effortlessly into triple-digit speeds. The eight-speed automatic transmission is spot-on as well.

The active air suspension goes about its duties with similar transparency, smothering bumps and ruts that would have you grimacing for a harsh impact in lesser cars. Despite a curb weight of 5,455 pounds, the Ghost never feels ponderous, and the light and precise steering makes maneuvering the big car a breeze, once you’ve acclimated to its dimensions.

At speed on an open highway, the Ghost quietly and rapidly covers ground, with passengers feeling that perhaps they are ensconced in a private jet or luxury railway car. On a curving road, the Ghost will roll a bit at lower speeds, but as the pace gathers, so does the suspension’s alertness, and road feel remains acceptable.

Interior
Exotic wood veneers and metallic accents are used liberally throughout the cabin, where passengers are cosseted in the finest leathers. Though plush carpeting is of course standard, one may opt for genuine lambswool mats that will have you taking your shoes off. As nice as the Ghost is, however, it’s really not that much nicer than a Benz S-Class or Jag XJ, and certainly not as grand as the Phantom.

Despite the dizzying array of high-tech luxury features, the Ghost presents a relatively clean dash and console. Part of the reason is that the multi-display screen is hidden when not in use behind a wood panel. The BMW-sourced multi-controller knob is mostly intuitive (unlike the earlier versions of BMW’s iDrive) and elegant buttons and knobs recall the keys of musical instruments such as a flute or saxophone.

In keeping with tradition, rear seat passengers are pampered with well-shaped and supportive seats that also provide a clear view ahead. A large fold-down armrest and a measure of privacy afforded by the thick, rearmost roof pillars are two other benefits to sitting in the rear. Considering the Ghost’s size, the trunk’s 14-cubic-foot capacity is a bit modest. 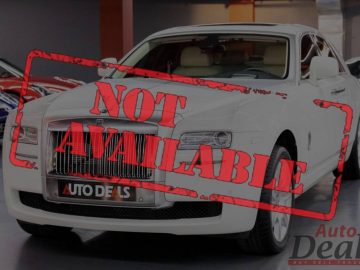 The 2010 Rolls-Royce Ghost is the latest model to come from this storied manufacturer, and it’s positioned as the brand’s entry-level vehicle. At a quarter-million dollars worth of starting price, that’s quite a misnomer. But considering its Ph... 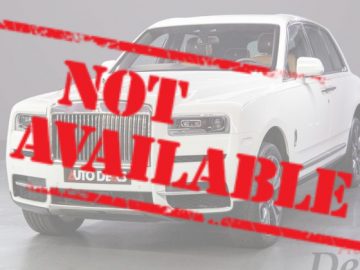 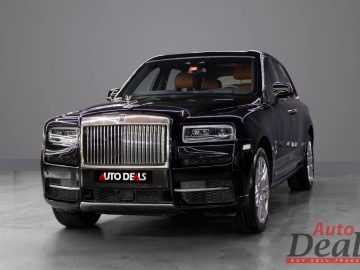 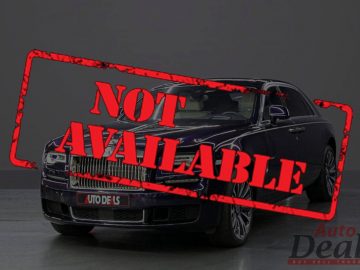 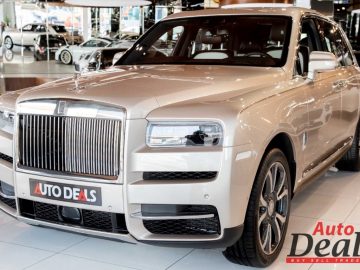 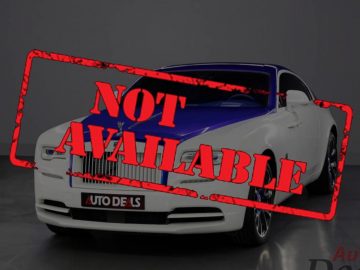