The Tesla Model X is a mid-size all-electric luxury SUV made by Tesla, Inc. The vehicle is notable in that it uses falcon-wings for passenger access.

The Model X was developed from the full-sized sedan platform of the Tesla Model S The Model X has an EPA size class as an SUV and shares ~30% of its content with the Model S, half of the originally planned ~60%, and weighs about 10 percent more. Both the Model X and Model S are being produced at the Tesla Factory in Fremont, California The prototype was unveiled at Tesla’s design studios in Hawthorne, California on February 9, 2012.First deliveries of the Model X began in September 2015. After one full year on the market, in 2016, the Model X ranked seventh among the world’s best-selling plug-in cars. 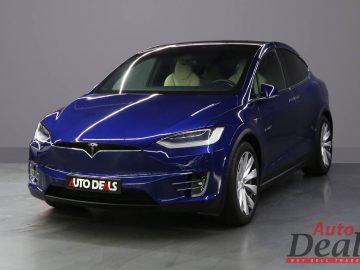 TheTesla Model Xis a mid-size all-electric luxury SUV made by Tesla, Inc.The vehicle is notable in that it uses falcon-wingsfor passenger access. The Model X was developed from the full-sized sedanplatform of the Tesla Model SThe Model X has an EPAsi... 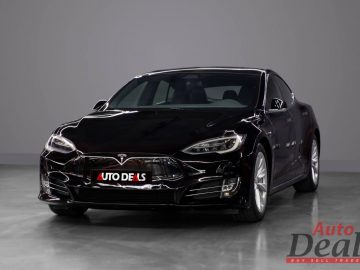