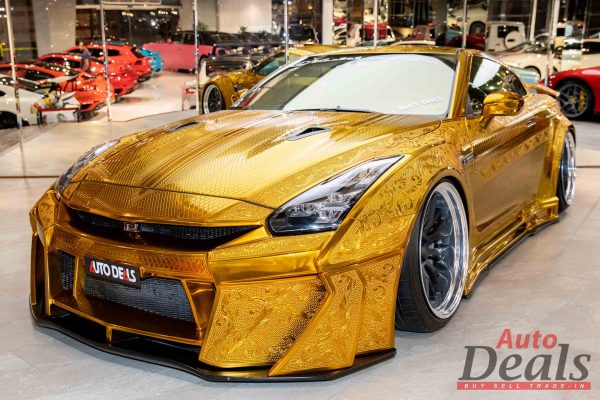 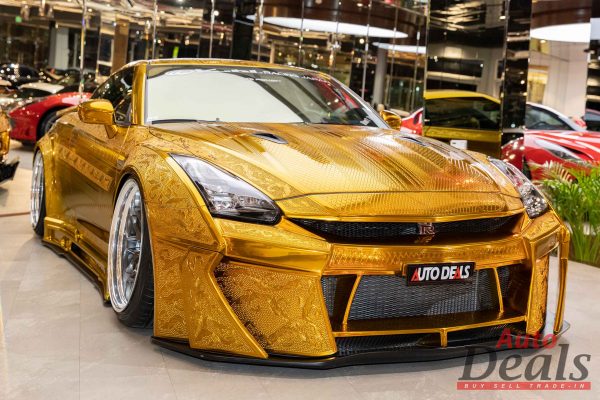 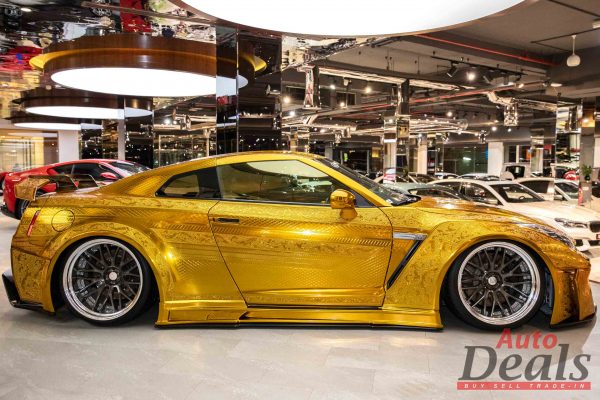 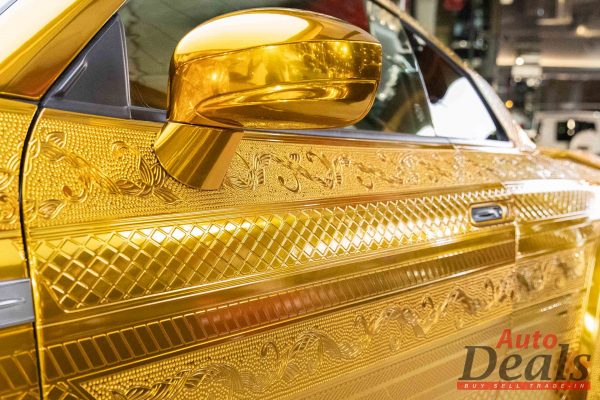 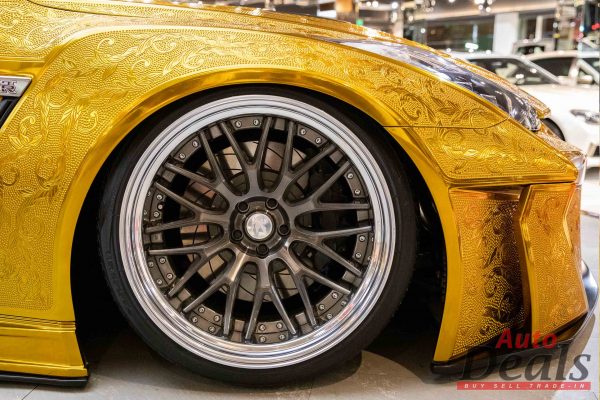 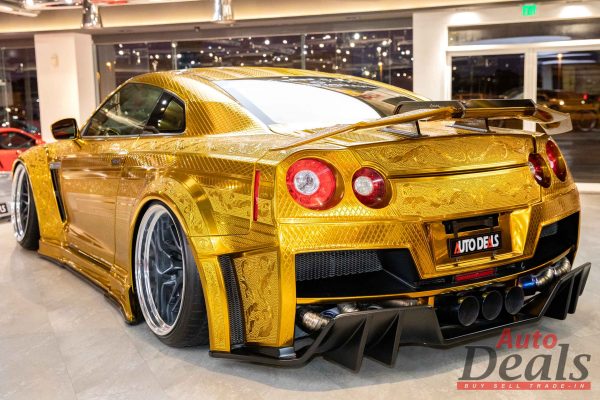 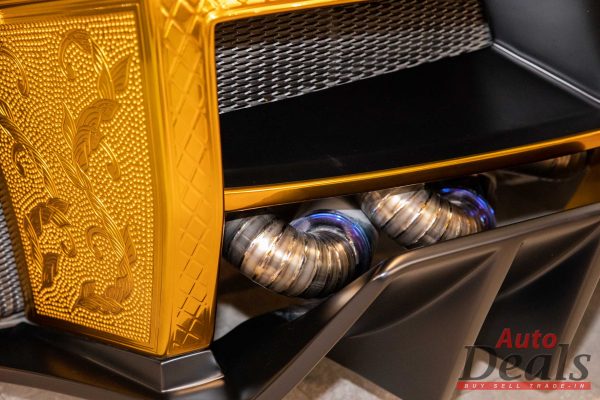 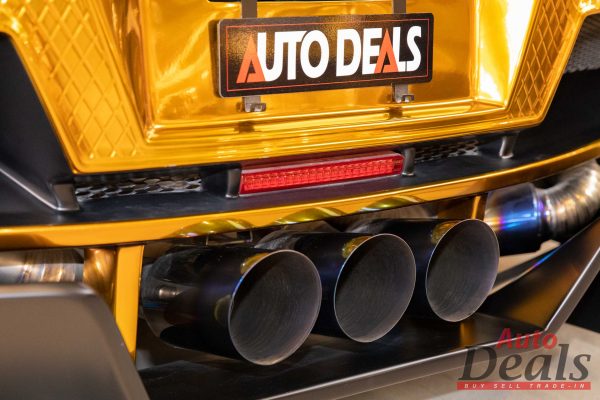 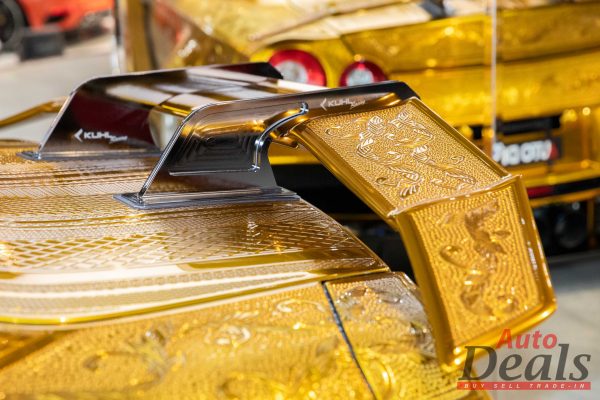 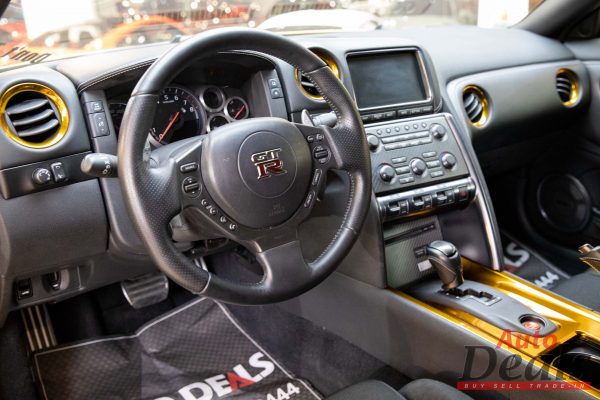 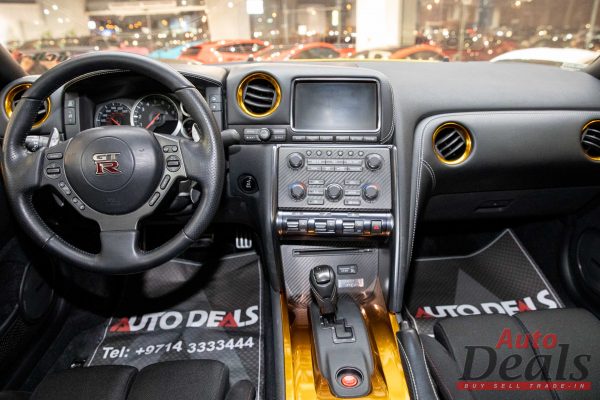 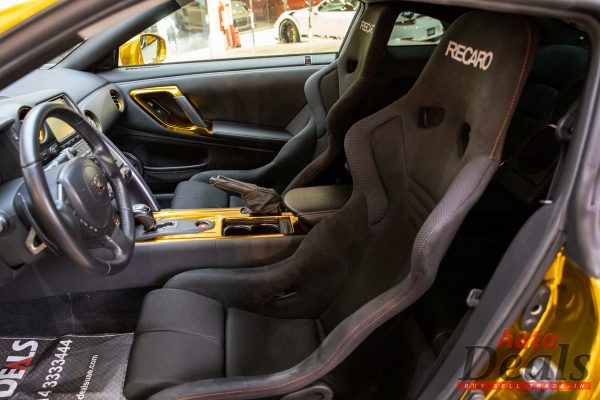 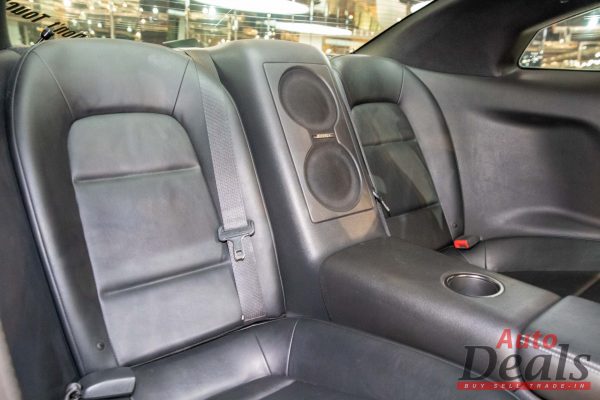 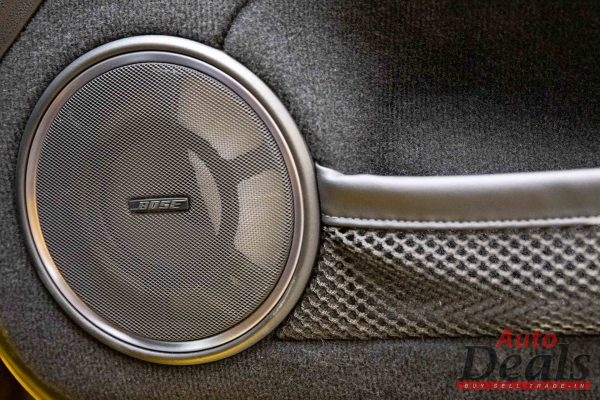 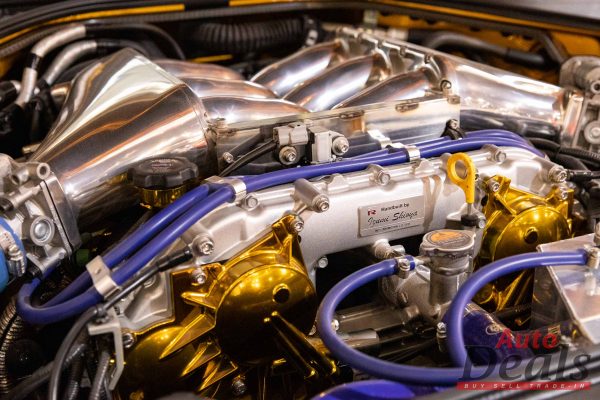 The bespoke body panels were initially adorned with a chrome finish before a coat of gold was applied to make it stand out even further. Completing the exterior look is a set of aftermarket wheels, a new rear diffuser and a small rear wing.

Beyond the bodykit, one of the car’s most interesting elements is its unique exhaust system. Created in-house by Kuhl, the exhaust consists of three massive blue-tipped central tailpipes which when viewed at from below, are true pieces of art.

Another notable component of the car is the customised twin-turbo 3.8-liter V6 engine which has also been applied with a chrome gold finish. It looks so good that at Tokyo, Kuhl finished another GT-R engine in gold chrome and put it on display.

Discover more about NISSAN GT-R CUSTOMIZED GOLD ENGRAVED BODY | 2014 | LOW MILEAGE here. Take the next step and reach out to us for a showroom preview. 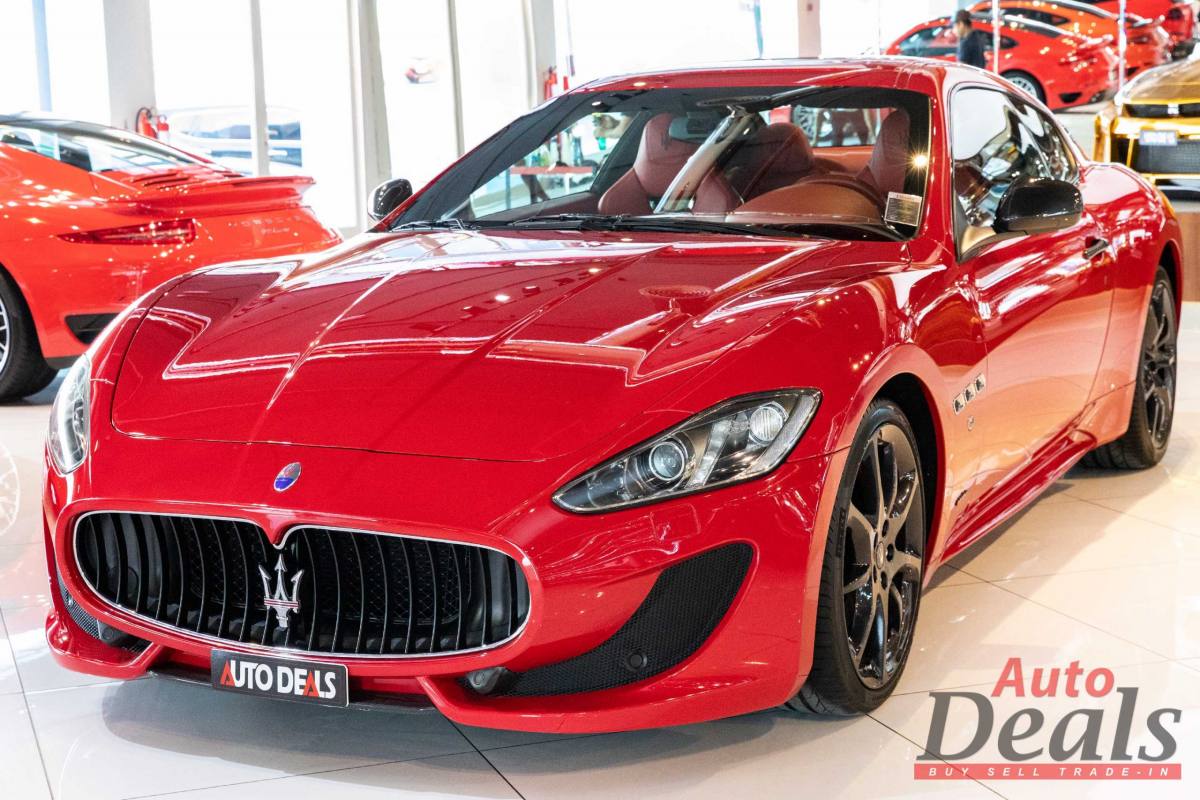 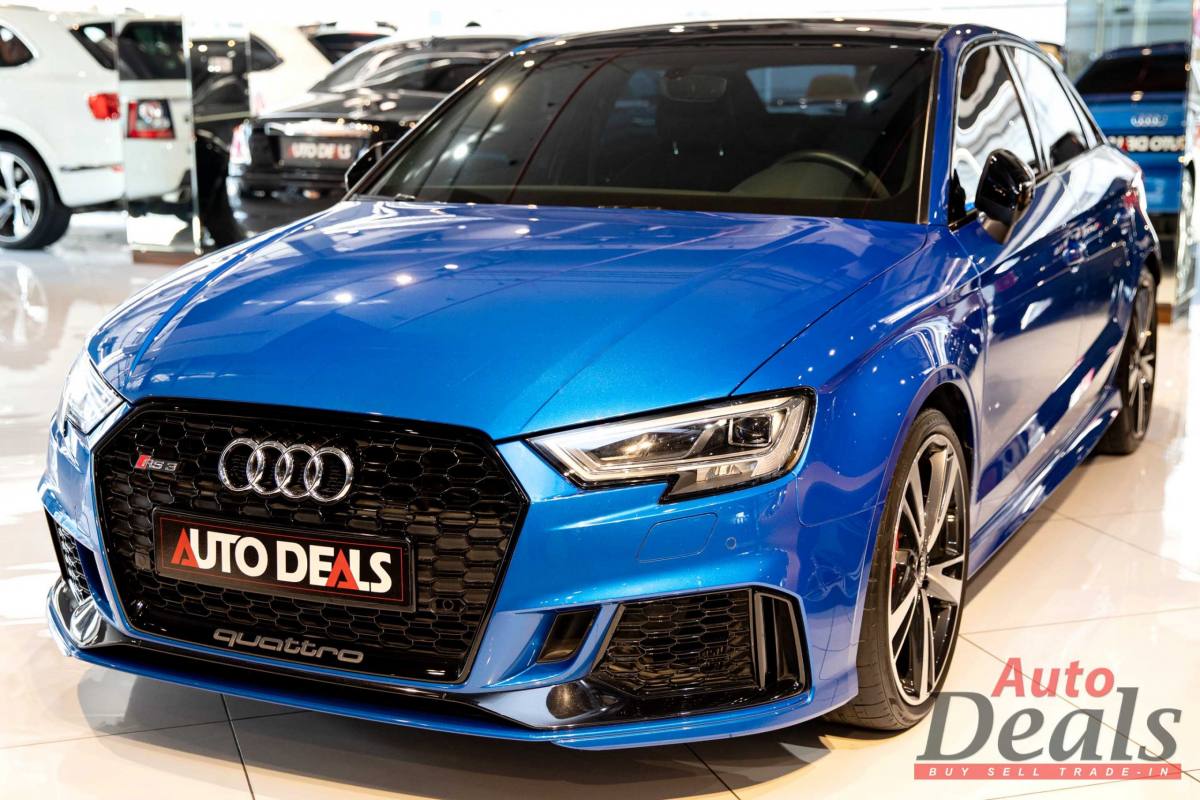 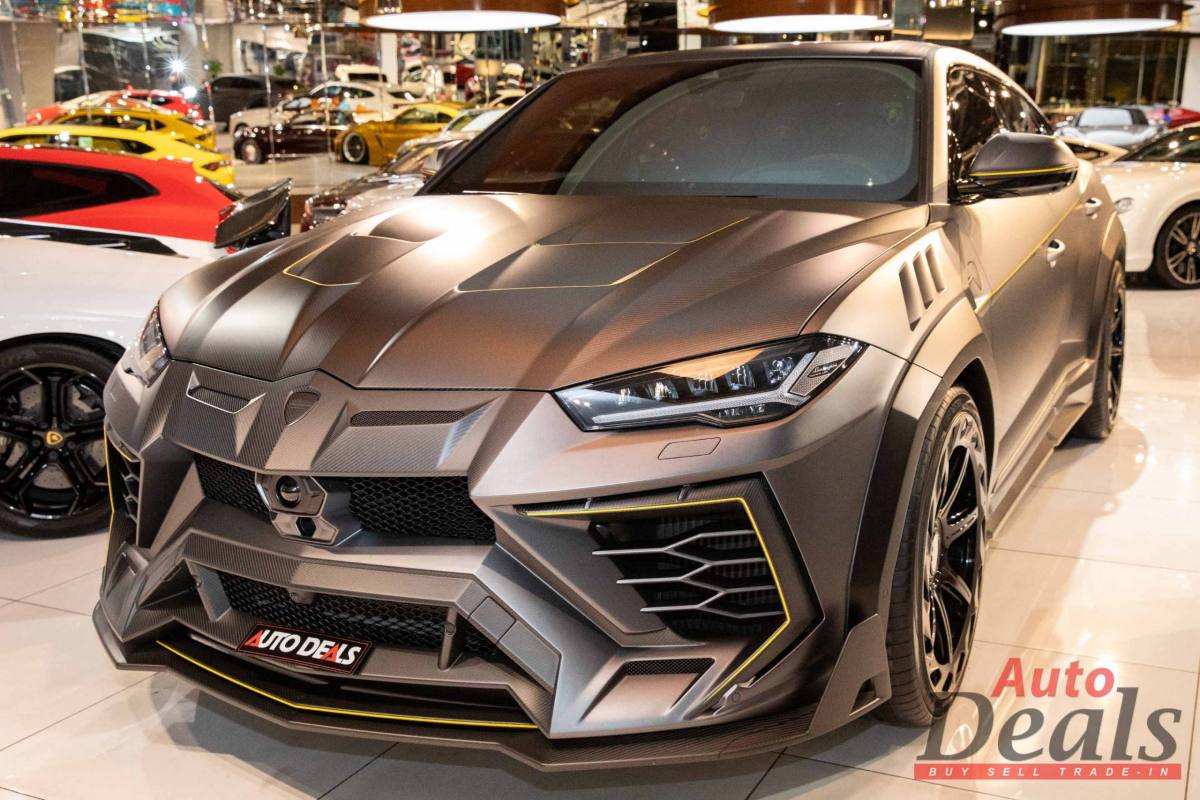 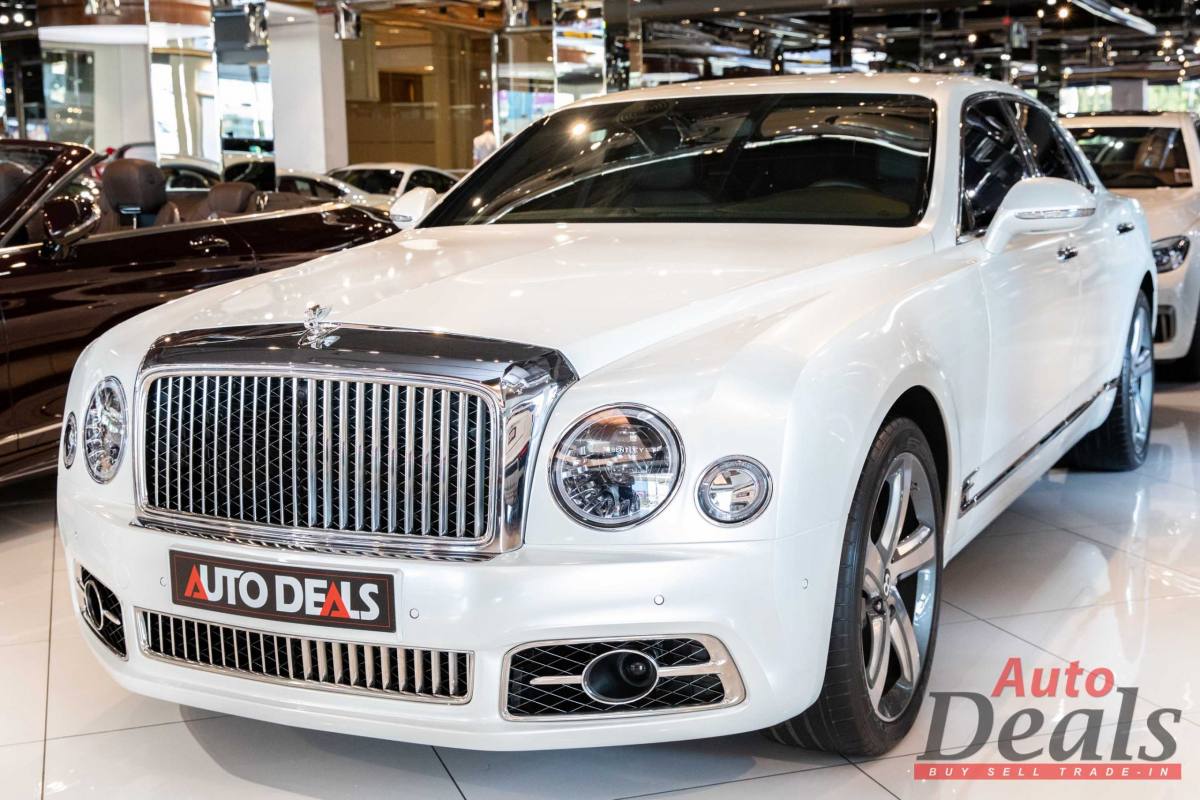 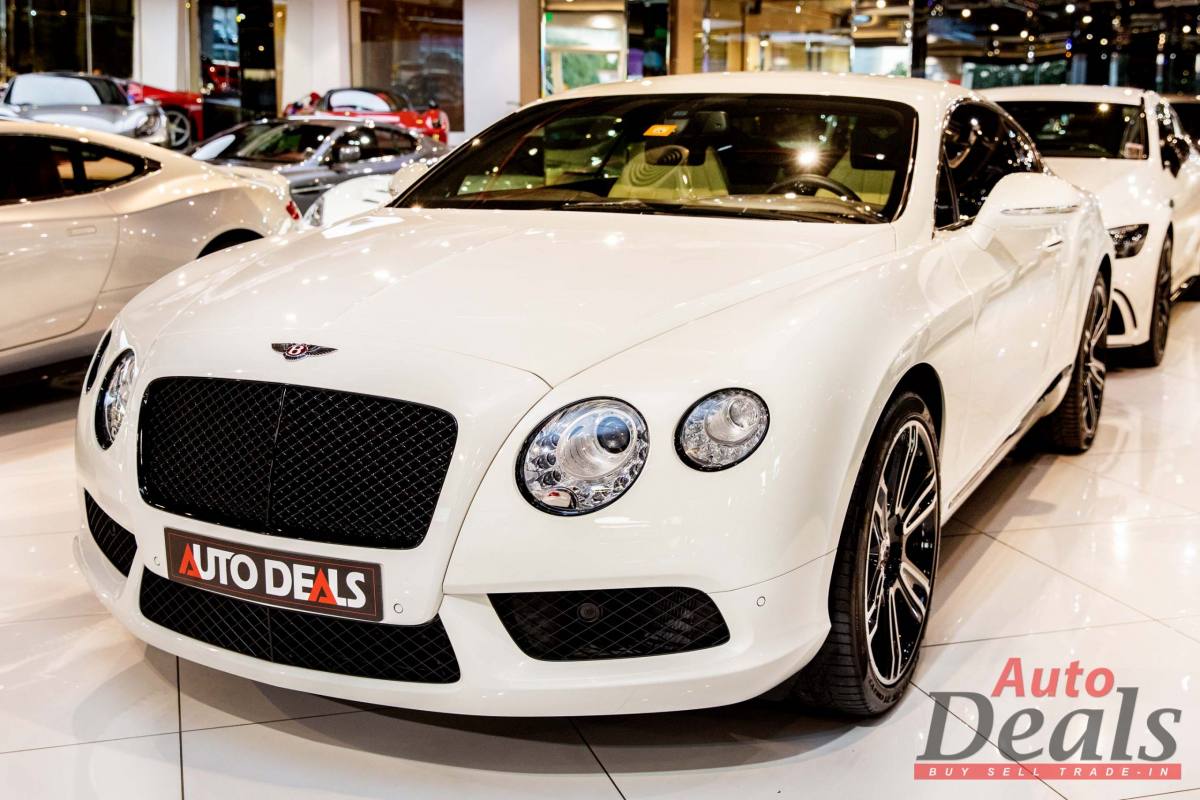