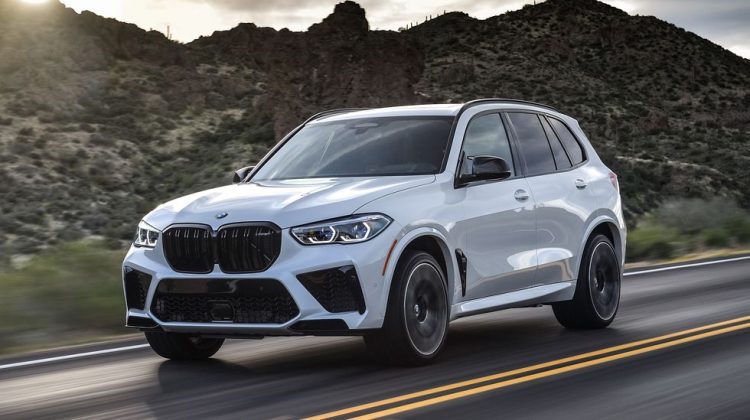 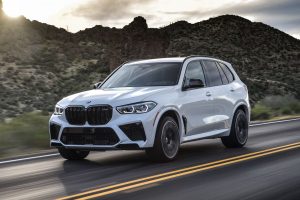 With up to 617 horsepower and a buttoned-down chassis to match, BMW’s redesigned super SUV is too much, which is just right.

if you’re going to drive something absurd, why not go all the way and put yourself behind the wheel of one the most colossally irrational vehicles available? If that’s really your thing, look to the redesigned BMW X5 M. It makes hardly any sense at all.

The X5 M is an ultra-high-performance crossover, a class of increasingly popular vehicles that logic and rationality say shouldn’t exist. At 68.9 inches tall and weighing roughly 5450 pounds, it is, in theory, too tall and too heavy to be a serious driver’s machine. A sizeable utility vehicle it may be, but it has barely more cargo room behind its front seats than the much lighter and lower-riding 5-series station wagon. Unfortunately, though, BMW doesn’t sell that car in the U.S. So here we are. Starting at $106,095, the X5 M is powered by a 600-hp twin turbo 4.4-liter V-8 that can be upgraded to 617 horses with the $9000 Competition package. There, is that irrational enough for you? 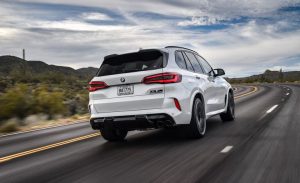 This species of muscle-bound crossover isn’t new. Multiple manufacturers have been in this space for years, working magic at the margins of physics to make these lumbering beasts capable of feats once the province of Porsche 911s and Chevy Corvettes. Mercedes-AMG has just unleashed its answer to this Bimmer in the form of the 2021 GLE63 S. BMW has been at this since 2009 with the original X5 M and its even less practical X6 M fastback sibling. Those models were bonkers when they were new and nothing has changed.

blacked-out exterior trim, and a Track setting to join the Comfort, Sport, and Sport Plus drive modes. 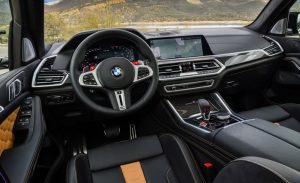 At least the X5 M Competition’s performance is as crazy as its $115,095 price. Having just scorched the mountain roads and long, straight two-lanes west of Prescott, Arizona, we can confirm that the X5 M Competition’s power is addictive. BMW claims it will accelerate to 60 mph in 3.7 seconds. Considering that the last-gen 567-hp X5 M managed that feat in 3.8 seconds, we bet the new one is even quicker than BMW claims. We’ve yet to test one to validate that assumption, so for now, know this: All that power, funneled through the silky ZF eight-speed automatic transmission and rear-biased all-wheel-drive system, launches this hot-rod X5 from rest like the Road Runner ditching Wile E. Coyote. Opt for the $2500 M Driver’s package and the top speed jumps from 155 mph to 177, according to BMW.

Not surprisingly, BMW’s M division reworked the X5’s chassis to handle this unholy rush of speed. An active front anti-roll bar, adaptive dampers, and massive Michelin Pilot Sport 4S summer tires—size 295/35ZR-21 in front, 315/35ZR-21 (or optionally 315/30ZR-22) in the rear—enable it to bite into corners with sports-car-like ferocity. We expect the X5 M Competition to circle a skidpad close to 1.00 g. 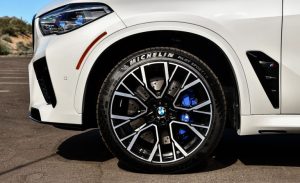 Not for the Timid

Given the X5 M’s elevated height and the rather filtered sense of control coming through the steering wheel, whipping down twisty roads initially feels like an act of faith. But once you adjust, you’ll find this beast easy to manage, even at velocities that will leave your passengers fearing for their lives or ready to hurl. Possibly both. The X5 M’s iron-fisted grip on the smooth Arizona pavement comes at the price of a stiff ride, though, even with its adaptive dampers in Comfort mode. Such abrupt body motions might be too jarring for folks on the broken roads of Snowbelt states.

And yes, we know: The new X5 M, for all its lunacy, isn’t the wildest of the breed. That honor goes to the 641-hp Lamborghini Urus, which puts up even better numbers at the test track than we expect the X5 M Competition to deliver. Of note are the Urus’s 3.1-second 60-mph sprint and 1.02 g’s of lateral grip. Also, at $211,321, the Lambo’s base price makes the X5 M Competition look almost sane. 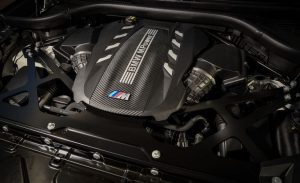 But a near miss with sanity is not what the X5 M Competition is selling. The world’s thirst for crossovers seemingly cannot be satiated. And this hardcore BMW comes wrapped in a gnarly racing suit, lined with high-end materials. It is no doubt a highly irrational luxury purchase, but that unbridled excess is also its most compelling trait.