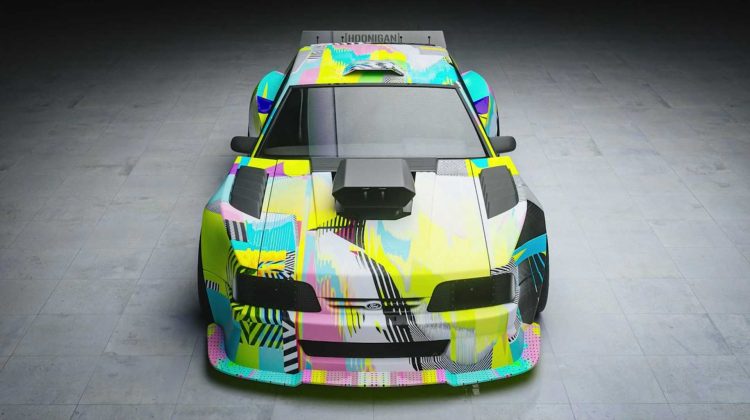 Check this out! FORD MUSTANG HOONIFOX 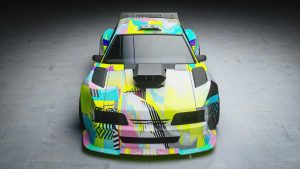 With the world still in lockdown, the slip angle tool is currently confined to the virtual realm (make no mistake, though, this thing will be built), with the machine having been designed by Ashley Livingston Thorp.

Now, you might be familiar to this name thanks to a story we broke on March 5, which showed that Ash Thorp is the pixel master behind the next Batmobile (the ride had made its online debut one day earlier) – we’ll get to see the muscle car-like machine on October 1, 2021 (the current global crisis has caused a delay, with the motion picture’s initial launch date having been set for June 25, 2021). 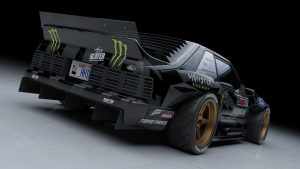 Perhaps the most enticing part of this project is that it features a clean overall approach, at least judging by the standards of the contemporary rendering world.

Of course, once you zoom in on the machine, you’ll notice a sea of custom bits that please the eye. Inspiration for all these goodies came from Block’s amazing AWD monster that is the 1965 Hoonicorn Mustang, Miami Vice, WRC racers, just to name a few.

There’s also a bit of irony sprinkled in here, albeit in a long shot: while the Fox platform that serves this pony borrowed its name from the Audi Fox (folks over in Europe know this as the Audi 80) and Ash Thorp mentions DTM as another source of inspiration, the Ingolstadt automaker announced its Deutsche Tourenwagen Masters exit just a few days ago. 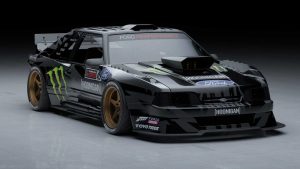 What’s under the hood? Well, there’s no precise mention, but there are a bunch of solid clues. At one end of the supposedly N/A V8 animating the HooniFox (apparently, this is Block’s favorite motivation hardware, which is only natural, given the linear power delivery and the low-end torque of such a mill) we find individual throttle bodies “concealed” in a massive intake, which confirms the atmoshperic part of the adventure. And while this is a nod to the said Hoonicorn, the other “end” is adorned with IMSA-style side exhausts.

Of course, there are also more organic elements, which have been present on the Fox Body since the beginning, such as the rear window louvers. Speaking of the beast’s posterior, this seems to be adorned by the mother of wickerbills, all with a transparent touch.

Now, we could sit here and talk about the devil-in-the-details form of this third-gen Mustang all day. However, while you can easily notice these in the image gallery above, you should know the video below, which comes from Block’s YT channel, is also worthy of attention. The clip showcases the birth of the project, while also featuring the said digital artist, whose work we first featured back in 2016. 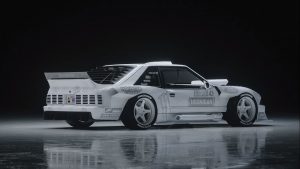 For one, the clip showcases the many iterations of the HooniFox Thorp has rendered. Note that while Block’s favorite is the all-white one in the intro pic above (same here, thanks to the Miami Vice vibe), the final version will have to be the one featured right after it in the image gallery, since sponsors want their logos in full color.

Then again, the pixel magician’s “acid” personal choice is quite something and so is the dry carbon livery, which sees the said sponsor names being fully included in the game – this isn’t something you see on a daily basis, even as a proposal from the virtual world.

Now, as it is possibly confirmed in the video (17:44 timestamp), there will be a Gymkhana 11. Then again, while the real-world incarnation of the HooniFox needs to be put to work, Block could always come up with a new “badge” for such an adventure, with his Climbkhana adventures (check out the Hoonicorn link above) being an example as good as any. 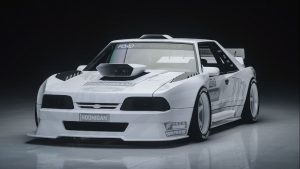 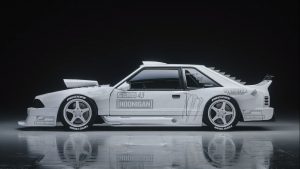 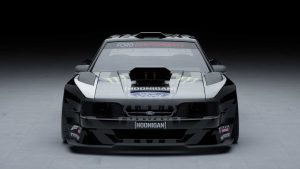 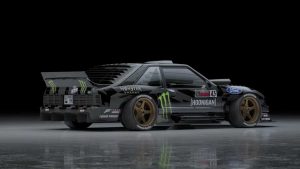