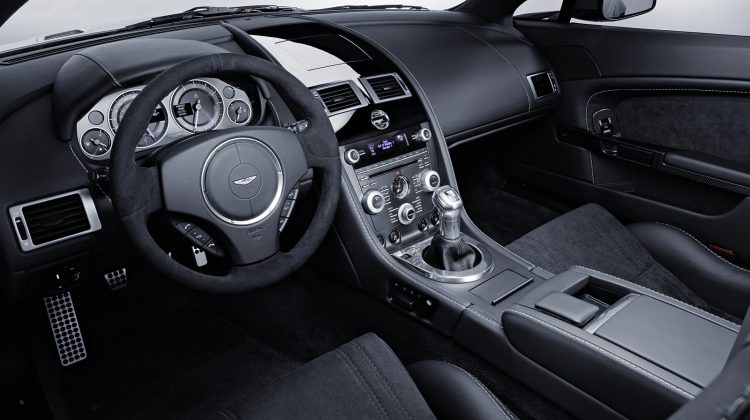 Ready To Drive In Style With Aston Martin? Here Is What You Should Know

You don’t maintain a reputation like the one Aston Martin has cultivated over the years without knowing a thing or two about creating vehicles that are a blistering detonation of noise, styling and speed. These three things are the holy trio of motoring at its best and are probably the first things that come to mind when you consider this particular brand.

The Aston Martin Rapide AMR, which has a run limited to 210 units, is a production version of a concept car that was shown at the Geneva Motor Show in 2017, and it has been designed with one thing in mind – to comfortably transport a team of racing drivers to a circuit on the other side of a continent and then tackle the track at full throttle when they get there.

We’ll get on to the noise and speed in time, but the first thing you notice about the Rapide is, of course, how it looks. Yes, those are racing stripes and, yes, it is a four-door affair. So the practicality is there, as are the curves and colours. The main impression is still one of power and sportiness, but you could definitely do the continental transportation thing.

Anyone behind the wheel of a car of this sort had better get used to being stared at. Pedestrians openly stop to look as you drive past, while cars overtaking seem to do so far more slowly than usual. This is presumably because passengers are imploring the driver to slow down so they can all have a proper gawp.

The inside of the vehicle is more basic than many high-end affairs – but it always is in racing machines. For those not in the know, AMR stands for Aston Martin Racing, so it’s not like they’re hiding anything.

Suffice to say, all the drama of the Rapide is evident from the off. Air conditioning is essential in countries like the UAE, but that can’t be allowed to affect the sound this car makes when it kicks into life. So, when you hit the starter, there’s a magnificent growl and finally the blowers kick in.

It’s clearly been decided that sweating a few seconds longer just so the Rapide’s motor can be heard uninterrupted as soon as it sparks into life is a good thing.

When accelerating with purpose, though, the engine roars like a herd of bears in the wilderness, enlivened by the remnants of burgers and coffee grounds they’ve rifled from the bins of log cabins. And the crack of thunder when the Rapide changes up a gear is as crisp as the snapping sound of a freshly toasted wafer blasted through a tower of Marshall amplifiers at a rock festival.

Many ridiculously fast cars goad you when you’re not driving them at top speed. Sitting patiently at, say, traffic lights in the Rapide invites a noise from the engine that almost sounds like someone drumming their fingers.

The review car was not limited in speed, but it had a warning sound that went off whenever the vehicle was driven above 120kph. Despite the fact that it’s perfectly legal (and safe) to drive at 140kph on many roads in the UAE, and 160kph if you’re heading to or from Al Ain and Abu Dhabi on the main drag, doing these speeds in the Rapide was strictly verboten. The car was also fitted with a tracker, ensuring you didn’t take it for an impromptu jaunt across the world.

You have to have sympathy with whoever set these limitations in place. This is a vehicle that demands respect from whoever is behind the wheel, and even a small amount of damage on such a prestigious unit would not be cheap to repair. Nor would replacing it. That said, the overbearing impression left by this particular car is that it’s a caged animal desperate to be let out and driven as fast as its wheels can spin. The vehicle needs a track to properly run free and scream, joyously, as the glorious, naturally aspirated V12 engine hits the high notes it’s so clearly capable of (which, speed-wise, would be 330kph, to be exact).

The good news is this particular Rapide will have its day – review cars are eventually sold on, and the buyer of this model will have a vehicle all set to tear up whatever circuit it visits. Ultimately, the herd of bears will run free – and the lucky driver who gets to hear the roars will be ecstatic from the moment the rumbling begins.

Do you want to live the Aston Martin life? Reach out to us for more details.