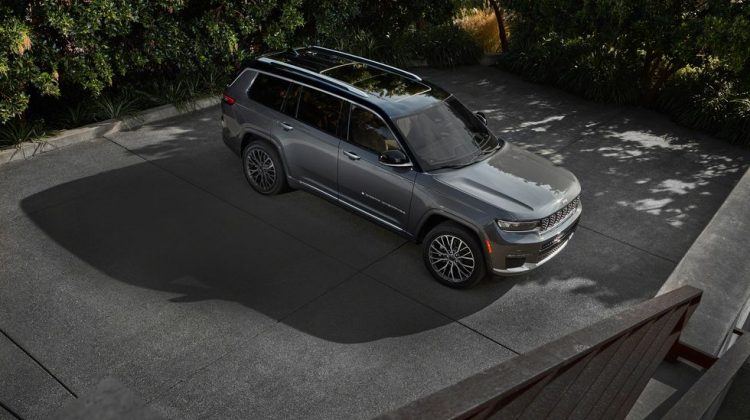 The 2021 Jeep Grand Cherokee L has seating for six or seven passengers and will offer two engines, three different drive systems, an available air suspension, and loads of new technology on board.

The Jeep Grand Cherokee SUV is about to start its fifth generation, and it's being introduced with a three-row model called the Grand Cherokee L that seats up to seven. In case the choice of a three-row design raises a question about the off-road cred of this new Jeep, the division's leader, Jim Morrison, responds, "Don't let the third row fool you, this Jeep is still capable."

The popular SUV will continue to offer a two-row model, which is set to enter production by the end of the year along with a plug-in-hybrid 4xe. Hands-free driving capability is coming in the second model year, too, Jeep says. Meanwhile, the 2021 Grand Cherokee L shown here will go on sale this spring

Jeep says that the Grand Cherokee L's proportions were inspired by the original Wagoneer, and you'll see a bit of the new Grand Wagoneer concept's flair blended in as well. The largest dose is in the seven-slot grille, which is slanted slightly forward, with slim LED headlights attached on either side. Below, the new model's front fascia features active openings and has grown, hiding driver-assistance tech, compared with the previous generation. A gloss-black roof is available on the Overland model and standard on the Summit, and the roofline flows into thin LED taillights. An available Summit Reserve package includes a set of 21-inch wheels while the top two models get standard 20-inch wheels. The Limited and base Laredo models sit on 18-inch wheels.

The Grand Cherokee L's wheelbase is 6.9 inches longer than the current model's, and the new model is equipped with an independent front and multi-link rear suspension. (The current two-row version will carry over into the 2021 model year and the new two-row model is coming later, likely as a 2022 model.) The L's second row seats fold and slide forward to allow easier access to the third row, which has available power-folding seats and 30.3 inches of legroom—1.9 inches less than the Ford Explorer. There are 47 cubic feet of storage behind the second row, 11 cubes more than the two-row Grand Cherokee, and when all the seats are folded to a flat load floor, the L boasts 85 cubic feet of storage, three less than the Explorer. 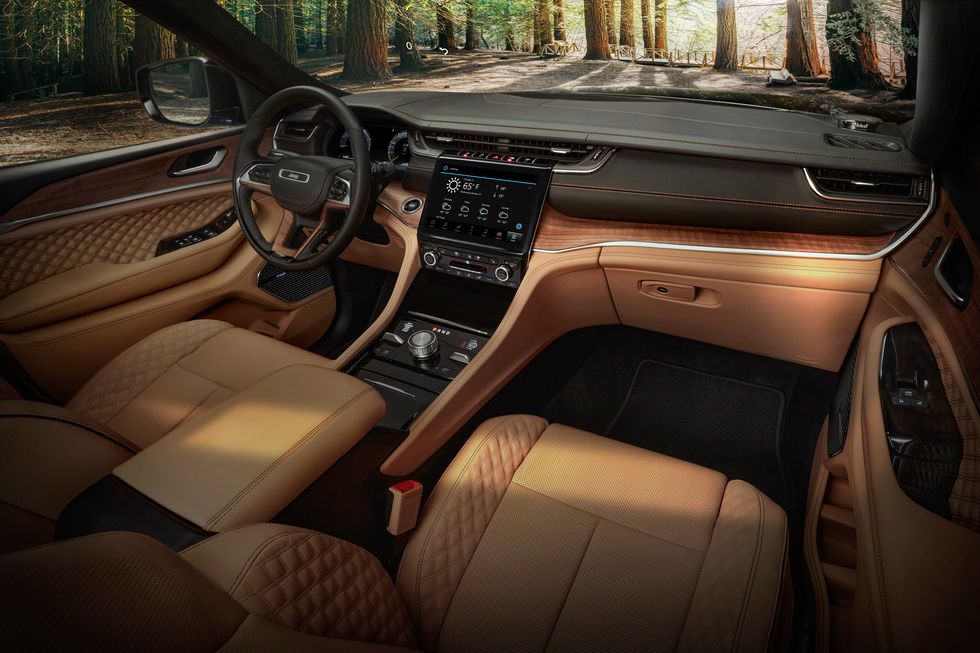 The new Grand Cherokee's biggest improvement is in the cabin, and well-equipped versions might even compete with luxury SUVs such as the BMW X5 and Mercedes-Benz GLE-class. An 8.4-inch touchscreen is standard with FCA's new Uconnect 5 infotainment system with wireless Apple CarPlay and Android Auto capability while a 10.1-inch screen is available on the Limited and Overland and standard on the Summit. A 10.3-inch digital gauge cluster is standard. The center console is finished in gloss black and features a backlit rotary shift knob similar to the one seen in the Grand Wagoneer concept.