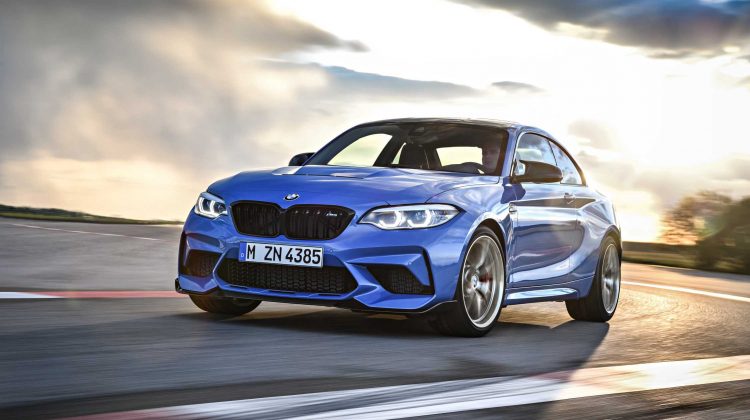 Luxury Car Watch: What To Expect From BMW M2 CS?

It also drives the rear wheels, which shouldn’t be taken for granted as manufacturers move toward all-wheel-drive. A six-speed manual transmission is standard, with a seven-speed dual-clutch auto on the options list for people who want a car that’s easier to live with.

The list of manual performance cars is shorter than ever – you can’t have a Toyota Supra, Nissan GT-R, any Ferrari or even a VW Golf GTI with a clutch pedal. BMW says the manual M2 CS will make it to Australia, but it remains to be seen whether the next-gen BMW M3 and M4 arrive with a clutch pedal.

This could be the last manual BMW performance car. And even if it isn’t, the M2 CS has the ingredients in place to be considered one of BMW’s best.

It’s smaller, lighter and more agile than bigger BMWs such as the M3 or M5. Details such as forged 19-inch wheels with track-ready Michelin “cup” tyres, an Alcantara-wrapped steering wheel and lightweight bucket seats will be welcomed by enthusiasts.

Carbon fibre on the bonnet, roof, splitter, spoiler and rear diffuser adds motorsport cred while reducing weight. Beefed-up brakes (with the option of carbon composite discs) are present and correct, as is a free-flowing exhaust system and adaptive suspension.

The catch is that the car will arrive in limited numbers next year, and strong demand from existing M2 owners means it won’t be easy – or cheap – to get a hold of one.

Interested to learn more? Reach out to us to buy your new luxury car today!